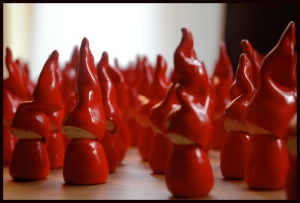 This connection business is a curious affair, never failing to surprise us in the things it throws up.
Take James Lovelock, for instance.
Until a little earlier this week, we’d never even heard his name.
Now, it transpires, his influence infiltrated our studio long ago, his outlook on life shaping our own even as, oblivious to his existence, we sat here in Saunderstown and shaped our OMs.
For those none the wiser, James Lovelock is a prominent English scientist, still active at 92, specialising in several related fields.
He is described as a planetologist, a futurologist and an environmentalist.
He is also a successful inventor, having devised countless ingenious instruments that have aided, amongst others, NASA.
James Lovelock’s clever creations were used in the 1970s to probe Mars and search for life on other planets.
He is the proud recipient of the Royal Geographical Society of London’s highest honor, following in the footsteps of, amongst others, Charles Darwin.
He is, in short, something of a genius, a living legend.
You might ask, at this point, quite how our paths crossed and it’d be a good question.
The answer is Gaia.
If, like us, you’re serious about music, you’re sure to have heard of Gaia.
It is, after all, amongst the finest songs that James Taylor, a real favourite here in Saunderstown, has ever recorded.
Taken from his 17th album Hourglass, released in 1997, Gaia is a much-listened-to track in our studio.
But not until our good friend and OM enthusiast Susan Millet emailed us earlier in the week had we ever thought about its origins.
Gaia’s inspiration, it might surprise you to discover, is one James Lovelock.
That’s James Lovelock the space scientist, although having done a little research on the matter, we’ve discovered that James Lovelock is interested in more than just the solar system. Much more.
His true passion?
Connection.
Or as James Lovelock likes to call it, Gaia.
To quote James Taylor, “There is a theory, suggested by the planetologist James Lovelock, that life is one interconnected, self-regulating organism. He named it the Gaia Theory, after the Greek Earth Goddess.”
James Lovelock’s theory, like all things scientific, can get a little technical but, in a nutshell, whilst seeking life on Mars for NASA, he first proposed that all living and non-living elements of the Earth form a complex interacting system that can be considered a single organism.
Break up the scientific language and it boils down to one simple point.
One that we’ve been trying to get across for some time: That we are all connected.
This is the point that has inspired James Lovelock for more than four decades, the point that has inspired us for as long as we can remember.
It’s also the point that spoke loud and clear to James Taylor, so much so that he based a song upon it, a song we’re more than familiar with, one that we’re listening to right now, in fact.
It’s a great connection this, one that has been there all along but one that we’ve only just discovered.
James Lovelock might not mean anything to you, James Taylor either. It matters not.
Please, before logging off, give Gaia a quick listen and think about the beautiful lyrics and the meaning behind them. You can find it here. We’re sure you’ll like it.
Before we go, we’ll leave you with an excerpt of the lyrics that have left us more inspired than ever and in doing so, we doff our caps to James Lovelock, to James Taylor and to Gaia.

As if you were your own creation,

As if you were the chosen nation,

And the world around you just a rude and dangerous invasion,

We reached the tree line and I dropped my pack,

Sat down on my haunches and I looked back down,

Over the mountain, helpless and speechless and breathless,

Pray for the forest, pray to the tree,

Pray for the fish in the deep blue sea,

Pray for yourself and for God’s sake say one for me, poor wretched unbeliever.

Someone’s got to stop us now,

Save us from us,